No one could get to heaven no matter how hard they tried,

The King has one more move! Part two

#2 The Force Of The Storm Can Drain You -The force of the storm can weigh heavy on you, bringing despair. You will begin to think that the winds will never quit blowing. This calls for patience. David said well, “I waited patiently for the Lord; and he inclined unto me, and heard my cry.” Psalm 40:1 E. #3 The Force Of The Storm Can Defeat You- When you are thinking about giving up, be like David when he said, “God is our refuge and strength, a very present help in trouble. Therefore will not we fear, though the earth be removed, and though the mountains be carried into the midst of the sea; though the waters thereof roar and be troubled, though the mountains shake with the swelling thereof. Selah.” Psalm 46:1-3. F. #4 The Force Of The Storm Can Determine You- I was told many years ago that the best lumber for furniture will be found up in the cold mountains where the winds constantly blow, and the storms frequently come. Likewise, some of the strongest people that I have met are those who have constantly been exposed to the storms of life. I remember the drill sergeant telling me at Fort Dix NJ, that they would put us through every situation that they could imagine, toughening us up, so that we will be prepared for war. The Lord also lets us go through storms to toughen us up for spiritual warfare. II.THE FEARS DURING THE STORM (V. 38-40) A. There is a natural fear the come with the storms of life. These disciples were afraid because they were not trusting. They forgot that the Lord had said, Let us pass over unto the other side. He did not say, Let us get to the middle of the lake and sink. They simply did not trust the Lord when this great storm came. B. Because Of Unbelief, They Were Afraid Of The Potential Dangers. When Lord said, Peace, be still, He was using a word that He used to rebuke the demons. It was as though He was saying to the storm, Be muzzled! as one would muzzle an angry dog. This gives indication that this storm was no ordinary storm, but one sent by Satan. I have been in storms that could certainly be described as Satanic in origin. You can sense that it is just that. When these kinds of storms come, you must guard your mind, because you will begin imagining all kinds of things taking place. Keep your mind upon Him, instead. Always remember the King has one more move. C. Because Of Unbelief, They Were Afraid Of Possible Destruction. This is indicated by them when they said, “Master, carest thou not that we perish?” The Lord wants us to focus upon, and trust Him rather than focus upon the storm. Remember the King has one more move. You can believe Him to do as He says in His Word. Psalm 37:5 says, Commit thy way unto the LORD; trust also in him; and he shall bring it to pass. III.FAITH IN THE STORM (V. 41) A. #1 – Having Faith Will Help You To Trust. 1.Romans 14:23 says, “Whatsoever is not of faith is sin”. Always remember the King has one more move. 2.In Hebrews 11:6 we are told, “But without faith it is impossible to please him: for he that cometh to God must believe that he is, and that he is a rewarder of them that diligently seek him.” Trusting God is so vital, and when you are going through your most difficult storm, you must trust him more. Have faith in God. 3.Hebrews 11:1-2 says, “Now faith is the substance of things hoped for, the evidence of things not seen. For by it the elders obtained a good report.” B. #2 – Having Faith Will Help You To Travel. 1.Certainly, we have heard the expression; “I have come this far by faith”. The FAITH WAY is the way that the trusting believer travels. Those who were with Jesus were fearful because they were faithless. But remember the King has one more move. There is a no more difficult journey for the believer than when he begins to travel by sight rather than by faith. As we sail upon the sea of life, even when the tempest is raging, may we always trust Him, who is the Captain of the ship! C. #3 -Having Faith Will Help You To Triumph. 1.The song says, “Faith is the victory” and that victory is in Jesus. If you have placed your trust in Him, you need not fear, you will get to the other side. The King has one more move. Listen to the words of this beloved Song, “On Jordan’s Stormy Banks.” “On Jordan’s stormy banks I stand and cast a wishful eye to Canaan’s fair and happy land, where my possessions lie.” Conclusion: When we are really believing the Lord, we are on a journey that involves trusting the Master of the ship come what may. You may be going through your storm at this very moment. Pleas trust Him, He will never let you down and remember “THE KING HAS ONE MORE MOVE.”

The King has one more Move ! Part one

Spiritually, there are forces as well. May we look at them and the ways that these forces affect us? C. #1 The Force of the Storm May Discourage You- When the winds of adversity begin to blow, discouragement can certainly come. I have often found myself discouraged when in the midst of the storm. The disciples were certainly discouraged in thinking that Jesus was asleep, and did not at all care about the storms. Likewise, as you are going through your storms, the devil will whisper that the Lord is nowhere around. Remember that the devil is a liar.

God still Speaks
one whisper from God can change your life!

Nothing can compare to God. His power and presence are awesome, and when he speaks, we must listen. Too often we presume to speak for God (as Job’s friends did), to put words in his mouth, to take him for granted, or to interpret his silence as absence or indifference. But God cares. He is in control, and he will speak. Be ready to hear God’s message to you—in the Bible, through the Holy Spirit, and through circumstances and relationships.
Friend it’s time to get serious about your relationship with God. You and I don’t have forever. He is speaking today. The idols of this life will only speak to your flesh, Jesus said He is the way the truth and the life. He speaks to your spirit because He is a life giving Spirit. Spend time with Him, listen to Him, Persue Him. He loves you and has plans for your life. For some of you it’s time to invite Him into your life by, pray with me now ” dear Lord Jesus come into my life, forgive me of my sins, I believe you died on the cross and rise from the dead. I receive you right now. Others of you quit taking Him for granted.

Yet others of you must Obey what he said in the past In order to hear Him again. You are loved !

one whisper from God can change your life!

one whisper from God can change your life!

2 Comments | posted in Leaders for Christ

The WordPress.com stats helper monkeys prepared a 2014 annual report for this blog.

A San Francisco cable car holds 60 people. This blog was viewed about 2,500 times in 2014. If it were a cable car, it would take about 42 trips to carry that many people. 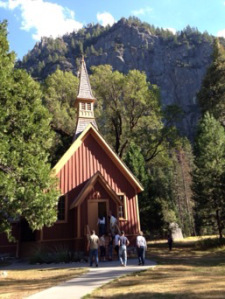 Let me begin with a question. Could the feeling of loneliness be in direct relation of you being separated from God? Can a Christian who has a relationship with God be lonely?
In both cases God is not far from us but we can be far from Him. The absence of the father in our life can cause the feeling of loneliness. The bible says draw near to God and He will draw near to you. So many people neglect their relationship with God and fill that relationship with other relationships, habits, tv, hobbies. loneliness can set in even while you may be in a crowd. A busy life, Will lead you to the same feeling when you slow down. When that happens most people jump right back into being busy rather then drawing near to God. Jesus said that He was the way the truth and the life no…